Ain’t no way in sam hell the Seattle team isn’t going to be named the Kraken.

Tomorrow night at 9AM PT (11AM CT) the team will be officially announcing their franchise name and logo. Based off this video, my first guess is it’s gonna be the Kraken. This could also take a turn and maybe a bunch of birds flock the boat and the name is Rain City Bitch Pigeons, I prefer the later but the NHL is a “No Fun Zone”.

Before I see the logo and the name, I wanna see the mascot. If it doesn’t look as insane as Gritty, send it back.

On the NHL’s website under “Seattle” the colour scheme seems to be predominantly salmon pink so we could see that as a main colour and honestly? I’m so fucking down for that. I will buy that jersey, with presumably one of my favorite players who gets drafted/traded there. 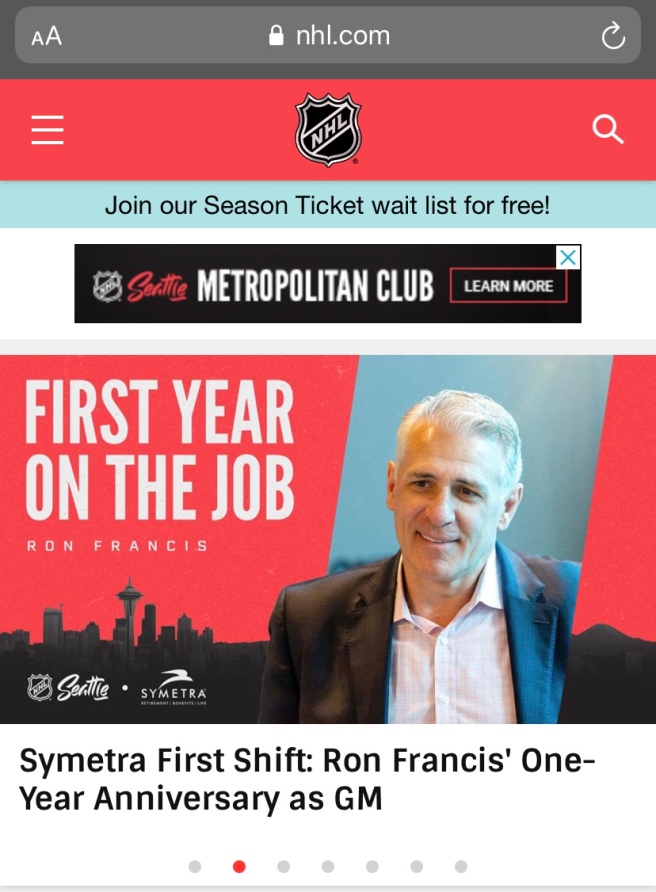 Tomorrow is also the 10th Anniversey of 1D so my Twitter is absolutely screwed. I’ll probably miss the drop and scream about it later. But if I were a betting man, I’d put my money on the Kraken with pink/blue jerseys.