Today is day 4 without sports, we are rewatching the 2016 World Series, I.E. one of the best series in my life.

As a lifelong Cubs fan, the postseason of 2016 was unreal. So as we have no live sports, we have rewatched the entire 2016 World Series in the DVD documentary that we have. 2016 was an experience where you never forget where you were when the big games happened, each day was a waiting game for the next first pitch. I remember the rollercoaster of being down 3-1 in the series to coming back and winning 2. I remember the day of Game 7 just feeling in a haze waiting for the game to start. I especially remember the late hours of November 2nd, 2016.

The entire city seemed to explode after the Cubs’ victory. I skipped 3 days of (high) school and went to Wrigleyville. Here were the streets around Wrigley the day after the Cubs’ win. 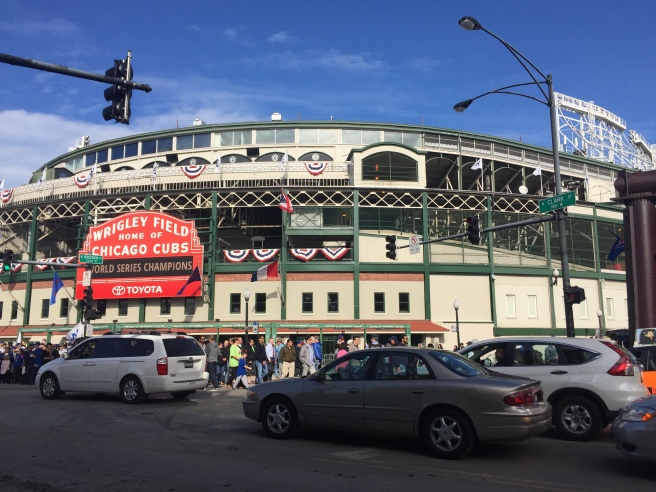 What an amazing time. I miss sports so much. I miss the energy and passion for the game. You can watch all of Game 7 here.

Next, we’re watching the Blackhawks 2015 Stanley Cup final. What sports moments are you rewatching?