So for Day 2 of Ham Sports Takes Dallas (Day 1 is here), I decided to go out and explore the city. And I took a million photos while doing it.

First of all woke up at noon, off to a hot start. Then I headed into the actual city to see the sights. I started at the Reunion Tower (i.e. Disco Ball) and moved from there.

Next, I ended up in the Historic District which is perfect for me because I love history. I stumbled upon this little Plaza. Notice the branched pathway on the ground. It actually is like a little grate that water falls into and follows along the three branches. This little fountain symbolizes the river — The Trinity River — that once ran through the area and was the reason Dallas was founded. 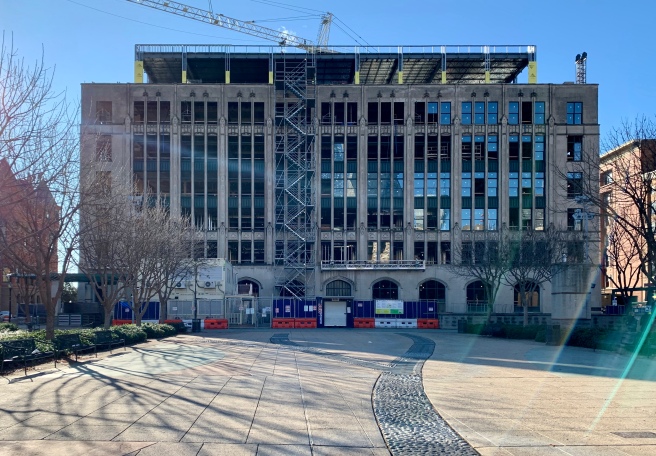 On that Plaza, there is also this little log cabin. This is what homes looked like back when Dallas was founded. I didn’t grab a picture of the board that gave a bigger description of the building (there was an old couple in front of it) but I did grab a picture of the plaque that talked about Dallas County on the side of the cabin. 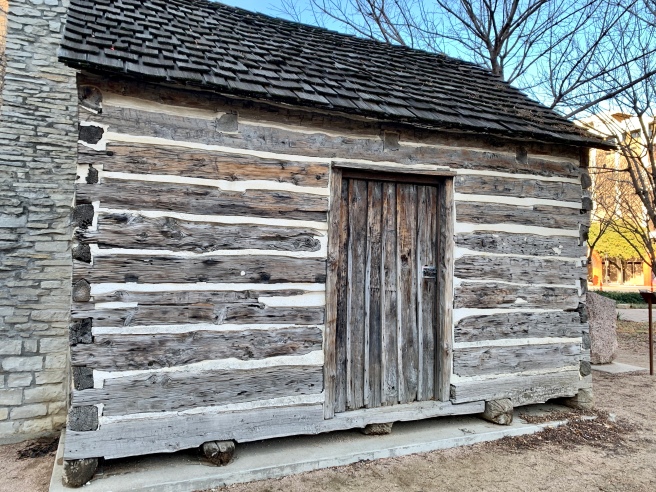 Across the street from this Plaza was the Historical West End. The road there is paved with these beautiful orange bricks and the buildings give off a warm, southern vibe. The trolly also runs through this side of town so here is a little video of the trolly passing.

Now when you walk the corners of the Historical District, you end up hitting the Dallas World Aquarium, which I didn’t go into or take pictures (sorry but I feel like once you’ve seen 1 aquarium you’ve seen 75% of them). Facing the Aquarium is the Flippy Building (really called Fountain Place). This building looks like it heard you talking shit about it and flipped around to stare into your soul, I love it.

Of course, ya gotta take a selfie with Flippy.

Here is something I didn’t know, once you are actually under the Flippy Building, there are fountains everywhere. The “Fountain Place” name makes sense now. It was windy as hell, plus the sounds of rushing water made me feel like a pirate, out on the high seas. How baller would that be?

Now they’re building another Flippy Building next door to the original but as you can see it’s not complete yet.

Between Flippy the First and Flippy the Second, there is this interesting sculpture. The Plaque tells more about it. 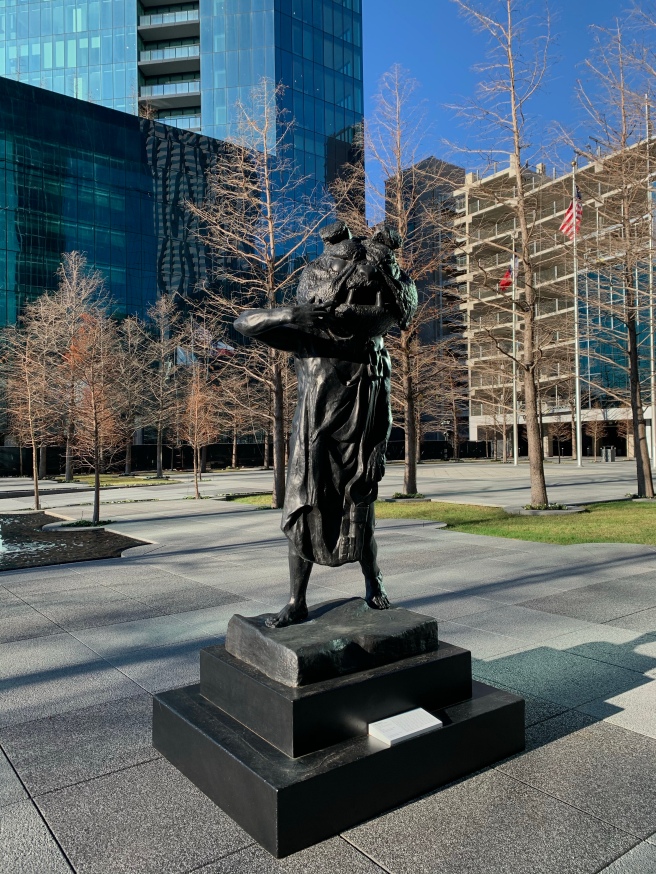 After moving away from the Flippy Building I found the Cathedral Santuario de Guadalupe. It is an absolutely beautiful building. I ducked into the mass that was being held at the time but I didn’t say too long.

I wandered the city a bit more and ended up over by the Ritz-Carlton again. I had some coffee and soup at some coffee place. The area was beautiful and there were some beautiful lights in the trees that twinkled. I tried to take a video but it didn’t end up that great.

I moved away from the upscale hotels of Dallas towards the DMA again. I walked again through Klyde Warren Park and found this gem of a building at 1900 N Akard. The LED lights look like snowflakes falling, even though it’s hard to tell from this close.

Heading back into the heart of the city there was this nice strip of lights but I had to deal with some turmoil to get this video. (Don’t ask why that coffee place put my soup in a coffee cup I’m still confused.)

NOW to the main event. Let me backtrack a bit. I was in Dallas in October of 2018 and in my time as a Stars fan, I always saw this green building (which I dubbed the Green Building) during games that I wanted to see in person. Well when I was here the first time, I learned that Dallas has like 4 buildings that all look similar during the day. So I made my mom drive around Dallas as I tried to find this building.

In the end, we saw it after a Stars’ game but the building was a weird shade of yellow. Next, when we were leaving Dallas, the building was purple. So every time this building was brought up my mom gave me so much shit about it not even being a green building.

But now, I have it. Yet when I finally got to this building it was changing colours.

And of course, to prove my mother wrong, a selfie with the legend itself. Imma frame that for her.

Right by the Green Building is the Omni hotel that has some lights that remind me of LSD.

And before I grabbed an Uber back to my AirBnB I wandered back into the main part of town and found this monstrosity. It’s a literal eyeball statue. Just staring into the world. Haunting.

Well, thanks for coming back for Day 2. I’ll write another one tomorrow about the Bishop Arts District of Dallas which is where I’m headed in a bit. All of the photos look beautiful and I’m hoping, because it’s Monday, that not everywhere is closed early.