Hello, this is Jaco (Jock-O) here reporting live for the first time for Ham Sports.  I’ll be joining the Ham Sports writing team from here on out, with other mediums of content to come.  But now on to the important shit.

THE CUBS NEED KIMBREL. I don’t know about you, but even if your a casual watcher of the Cubs, if you tune in past the 5th inning the words coming out of your mouth when you see the Cubs relief pitcher are probably “Who the Fuck is this guy?”.  It’s a carousel of Dylan Maples’esque relievers who are still hanging on for a chance at the bigs.  It’s been somewhat embarrassing.

I know we have a few injuries (yes I say “we” because I’m part of the team so shut the fuck up on that), but will Fat Carl bounce back and find his rhythm?  Is Stropy going to be a viable closer, or go Marmol on us? The questions about the Cubs bullpen are endless, but the answer is right in front of us.

If I know Theo as well as I think I do, and I know him pretty well this move just makes too much sense.  Theo and Jed waited out the reliever market until they could get Kimbrel at a respectable price.  He checks all the boxes for guys Theo has gone after late in the season in the past.

I think its going to go down, and as much as I hate to say it, it may cost a Happ, or another secondary piece to get him.  The bottom line is the Cubs are in win now mode, and I would be very shocked if Theo and Jed didn’t jump on the chance to add a guy like Kimbrel to the Average Joe’s bullpen we’re currently throwing out there.

Not to mention, how do you not want a guy whose pitching stance is throwing N*Sync No Strings Attached right in your stupid face?

THE CUBS ARE GETTING CRAIG KIMBREL 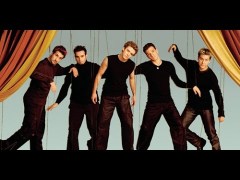 Bye, Bye, Bye NL Central.  The Cubs are about to be tearin’ up your heart with a guy whose name is almost as impossible to say five times fast than any other.  Kris Kringle Craig Crimble, who gives a shit.  The guys got accolades and the Cubs want to win now.

View all posts by Jaco Hams