A week before the NHL draft this off-season, the Montreal Canadians traded their first round draft pick Alex Galchenyuk to the Arizona Coyotes for Max Domi. This trade has been interesting to follow from Day One.

Both players are kids of two hockey players. Alex Galchenyuk is son of Alexander Galchenyuk, who played with various teams in the IHL and as part of the Balarus international team. Max Domi is the son of Tie Domi. Tie Domi holds the record for the most fights in the NHL, 333 fights, and in total Tie had 3,515 total penalty minutes during his career (16 years).

Last season, Alex Galchenyuk scored 19 goals and grabbed 32 assists in all 82 games. Galchenyuk averaged 16:16 minutes on the ice per game but he still ended the season with a -31. While in Montreal, Galchenyuk played left-wing even though he had always played centre. Galchenyuk is a powerful skater that has the potential to be a 30-goal-a-season scorer, considering he’s done it before back in 2015-2016.

Galchenyuk started this season out with a lower body injury, missing the first 7 games of the season. Since coming back, Galchenyuk has played in 15 games, scoring 3 goals and collecting 6 assists. Galchenyuk is currently averaging 16:10 minutes of ice time a game. 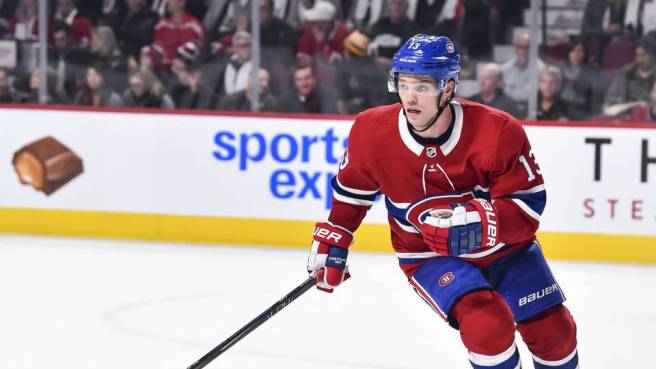 Last season, Max Domi scored a total of 9 goals and racked in 36 assists in the 82 games he played in. Domi ended the season with a -7 and averaged 16:42 minutes per game. Domi is a bit on the smaller size, 5′ 10″ and a mere 193 lbs, but he uses that to his advantage, out skating taller and heavier opponents with quick speed. Not to mention that as the son of Tie Domi, Max does have the aggression of his father in him. He’s not afraid to get in someone’s face when need be.

Max started this season with a bang, getting suspended following a preseason game where Domi punched Aaron Ekblad when Ekblad was not engaging in the fight. Domi has played in every game so far this season, scooping up 11 goals (more than he had last year in total) and 15 assists. Domi has been playing on a line with Andrew Shaw and Jonathan Drouin. Currently, Domi is the points leader of the Hab’s line up with 26 points in total.

This trade has been great so far for both teams. The Habs have acquired speed that they were lacking and the Coyotes have acquired experience and  offensive aggression. This will be an interesting narrative going forward. The Habs this season will be looking pretty mighty, Shea Weber will be making his return soon and this team is looking better compared to last season but will it be enough to become the playoff team they’ve been working so hard to be?

3 thoughts on “A Game Changing Trade”